In 1999 Giorgio Bernasconi founded and developed the event “Novecento passato e presente”, later called “Novecento e presente” and today “900presente”. He managed this concert even with enthusiasm and energy for a decade, in cooperation with the Conservatorio della Svizzera italiana and Rete Due of the Radiotelevisione svizzera, fostering knowledge and passion of 20th century music both past and present in a large number of students who have graduated from the Conservatorio over the years.

Born in Lugano, Bernasconi graduated from Conservatorio G. Verdi in Milan specialising in the horn.

He studied at the Freiburg Hochschule für Musik in Germany where he read composition with Klaus Huber and orchestra conducting with Francis Travis, graduating in 1976.

In the same year he became the conductor for the Gruppo Musica Insieme in Cremona, one of the most well-known ensembles specializing in modern, contemporary works in Italy at the time.

He collaborated with renowned singer Cathy Berberian until he died, performing concerts in Europe and abroad.

For almost twenty years, since 1982, he was the principal conductor of the Ensemble Contrechamps in Geneva, with which he toured Latin America, India, Japan and Russia, as well as being a frequent fixture in the leading European concert venues.

Alongside these projects, in 1985 he began working as musical and artistic director for the Accademia strumentale italiana of Parma, a chamber orchestra mainly performing works from the second half of the eighteenth century.

He had a long working relationship with the “Arturo Toscanini” Symphonic Orchestra of Emilia Romagna; taking on responsibility for the contemporary repertoire and touring Japan, Russian, China and North America.

From 1999, he was artistic and musical director of his brainchild, the Novecento e presente event at the Conservatorio della Svizzera italiana, and also taught orchestra conducting for contemporary repertoire. From 2007 he taught and was the education director of the “Advanced course for chamber ensemble in 20th century repertoire” run by the “Accademia Teatro alla Scala” in partnership with the Lombardy Region. 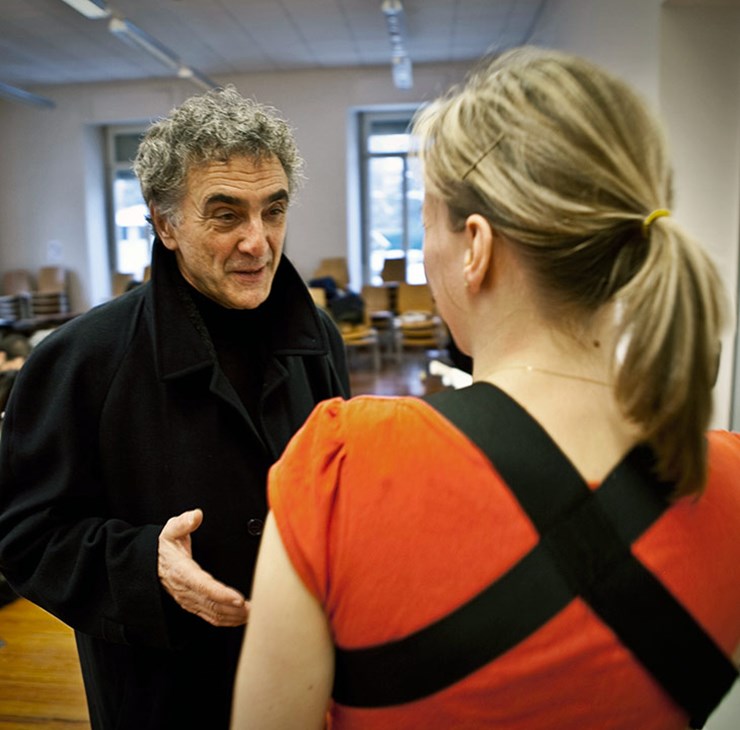